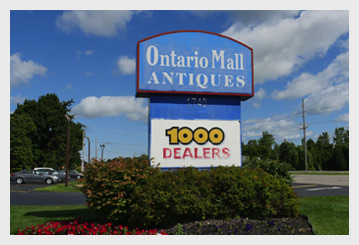 The building had 31,000 square feet and spaces for 15 stores—but was, unfortunately, 70% empty. Bill and Peter diligently set about trying to fill the space. It was a difficult task.

Finally, the partners decided to fill space by creating businesses. The first was a Flea Market that was only open on weekends. It eventually expanded to a 7-days-a-week concept and continued successfully for several years.

In December of their first year, Bill and Peter opened an antique shop storefront with only 12 dealers. Within a month, they’d outgrown the space and moved the Antique Shop to a new space that housed 40 dealers.

The plaza became a destination for antiques & expanded to house 1,000 dealers

As adjacent space became available, the Antique Shop expanded until it occupied half of the plaza. When the Flea Market left, Ellen Englebrecht took over the space and opened the Antique Emporium. Suddenly, the plaza was a destination for antiques.

After a few years, the Antique Emporium built its own site adjacent to the plaza. The Antique Shop took over her space—now occupying 100% of the plaza—and changed its name to Ontario Mall Antiques. 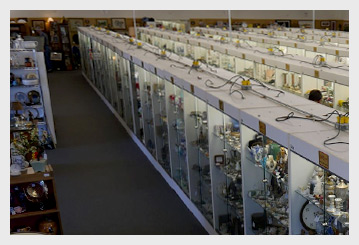 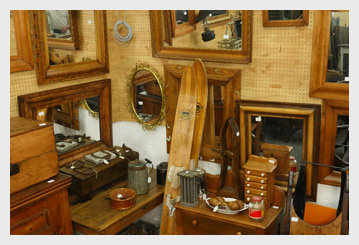 The partners shared and learned from each other’s efforts, making changes in one location based on successes at the other. Bill and Peter worked together to improve floor designs and antique dealer displays, and they initiated successful staff training and promotional events. They were guided by their firm belief in and commitment to customer service, clean facilities, and product value. And the two Malls flourished.

Today, Bill and Peter and proud to see those concepts and traditions carried on by their sons, who have taken over the businesses: Matthew Guche at Ontario Mall Antiques and Demitri Kolokouris at Salamanca Mall Antiques.

Subscribe to our newsletter
and be the first to know about
upcoming sales and events.


Once you have subscribed please open the confirmation email from us
(check your spam or junk mail!)
in order to receive future emails.